What is the fluorescent dye?

Fluorescent dyes refer to substances that absorb a light wave of a certain wavelength and emit another light wave with a wavelength greater than that of the absorbed light. Most of them are compounds containing a benzene ring or a heterocyclic ring with a conjugated double bond. Fluorescent dyes can be used alone or combined into composite fluorescent dyes.

Fluorescent labeling is a method of selectively covalently binding or physically adsorbing fluorescent dyes (fluorophores or fluorescein) on a certain group of the molecule to be studied (protein, polypeptide, etc.). Use its fluorescent properties to provide information about the object under study. 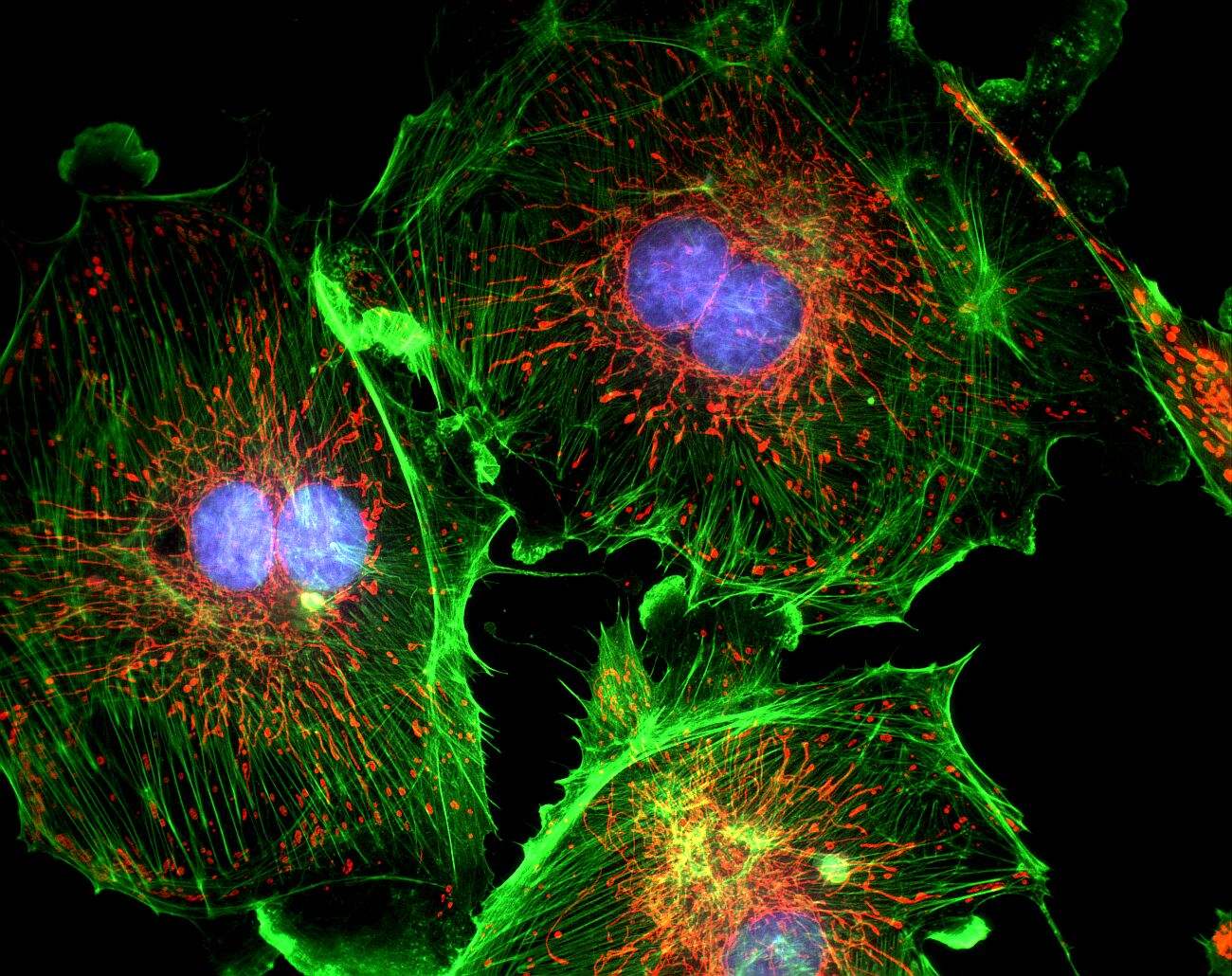 Fluorescent dyes, due to their high sensitivity and convenient operation, have gradually replaced radioisotopes as detection markers, which are widely used in fluorescent immunology, fluorescent probes, and cell staining. Including specific DNA staining, for chromosome analysis, cell cycle, apoptosis and other related research. Many other nucleic acid dyes are useful counterstains in multicolor staining systems as background controls, labeling nuclei so that the spatial relationships of intracellular structures can be seen at a glance.

Nucleic acid fluorescent dyes stain the nucleus and quantitatively measure the fluorescence intensity emitted by the cell, so that the content of DNA and RNA in the nucleus can be determined, and the cell cycle and cell proliferation can be analyzed. There are a variety of fluorescent dyes that can stain DNA or RNA in cells. Commonly used DNA dyes include propidium iodide (PI), DAPI, Hoechst 33342, etc., and RNA dyes include thiazole orange, acridine orange, etc.

APDye Fluor 647 (Alexa Fluor 647 equivalent; AF647) is a bright green-fluorescent dye optimal for use with the 633, 650 nm Argon laser. The dye is water soluble and pH-insensitive from pH 4 to pH 10. The dye has 4 sulfonate groups make it high water soluble and less aggregation in the aqueous solution. APDye Fluor 647 is used for protein and antibody labeling, or nucleic acid applications with high labeling density.