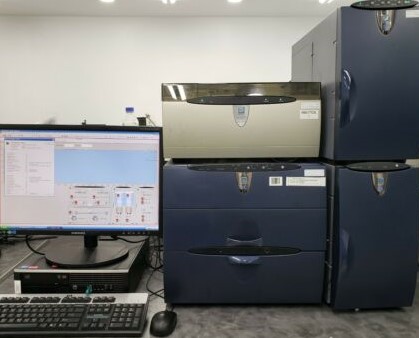 Ion chromatography is a versatile analytical technique that provides a quality control and cleanliness testing option for manufacturers in many industries. It is a highly-sensitive, high selectivity, high speed and accurate material analysis technique that detects both organic acids and inorganic ionic contamination. Ionic contaminants, such as chlorine, sulfates, phosphates and ammonia, are typically residues left behind during the manufacturing process, and can lead to product failure or malfunction.

Before a manufactured product is ready to ship out, it has to go through a rigorous quality control process. As a cleanliness testing technique, ion chromatography can provide manufacturers with a useful quality control tool that will help ensure product quality, product safety and proper function. IC is particularly useful for manufacturers of medical devices, electronics and hard drive components because of its ability to detect ionic contaminants that are leaching from a product or that have been left behind during some step in the manufacturing process.

As an example, an electronics manufacturer was experiencing electrical shorts in their circuit boards. Suspecting that the rinse water used was to blame, IC analysis was used to extract a sample from the material. The results were consistent with hard-water residue and the manufacturer was able to change out the water during the rinse cycle.

HPIC has become a valuable environmental analysis tool. It has been widely used as an environmental monitoring tool to test all types of water for pollution and contaminants. For manufacturers, ion chromatography can be used to test the water used in rinse cycles for contaminants.

Ion exchange chromatography was officially added to the United States Pharmacopia-National Formulary (USP-NF) in 2006. Since then, many applications have been established for measuring and analyzing residual limits in pharmaceuticals, including detecting the limits of oxalate, iodide, sulfate, sulfamate, phosphate, as well as various electrolytes including potassium, and sodium.

Ion Chromatography has been widely used in different aspects of product development and quality control testing. For instance, IC is used to test stabilities and solubility properties of pharmaceutical active drugs molecules (API). As a part of a dissolution test, IC has been employed to characterize time course dissolution profiles of drugs in the form of tablets and capsules. IC  has also been widely used to detect and quantify excipients or inactive ingredients, such as sugar and sugar alcohol, used in pharmaceutical formulations. IC has also been widely used in analysis of impurities in drug substances and products.

Contact one of our highly skilled analysts to discuss your IC analysis needs.

AxisPharm Laboratories offer our clients USP based IC analysis. Our scientists are well equipped and ready to work with our clients for customized analytical needs.