How a Fluorescence Microscope Works

Color filter system
The color filter system is an important part of the fluorescence microscope, which consists of excitation filter plate and pressing filter plate. The filter plate model, the names of various manufacturers are often not unified. The filter plate is generally named after the basic tone, the letters in front represent the tone, the letters in the back represent the glass, and the numbers represent the model characteristics. For example, the German product (Schott) BG12 is a kind of blue glass, B is the first letter of blue, and G is the first letter of glass; there are some manufacturers whose filter plates are named entirely by numbers, such as those of the Corning factory in the United States. NO: 5-58, which is equivalent to BG12.

Reflector
The reflective layer of the reflector is generally aluminized, because aluminum absorbs less in the blue-violet region of ultraviolet light and visible light, and the reflection is more than 90%, while the reflection of silver is only 70%; generally, flat reflectors are used.

Eyepiece
Use low-power eyepieces, such as 5× and 6.3×, in fluorescence microscopy. In the past, monocular eyepieces were often used because their brightness was more than double that of binocular eyepieces, but research-type fluorescence microscopes mostly use binocular eyepieces, which are very convenient for observation.
Epi light device
The new type of epi-light device is that after the light from the light source hits the interference spectroscopic filter, the short wavelength part (ultraviolet and violet-blue) is reflected due to the nature of the coating on the filter. When the filter is facing the light source, it is 45 degrees. When it is tilted, it shoots vertically to the objective lens, and then shoots to the specimen through the objective lens, so that the specimen is excited, and the objective lens directly acts as a condenser. At the same time, the long part of the filter (green, yellow, red, etc.) is transparent to the filter. Therefore, it does not reflect toward the objective lens, and the filter acts as an excitation filter. Since the fluorescence of the specimen is in the visible light wavelength region , can be observed through the filter to reach the eyepiece, the brightness of the fluorescent image increases with the magnification, and is stronger than the transmitted light source at high magnification. In addition to the function of a transmission light source, it is more suitable for direct observation of opaque and translucent specimens, such as thick sheets, filters, colonies, and tissue culture specimens. The developed new fluorescence microscopes mostly use epi-light devices, which are called epi-fluorescence microscopes. 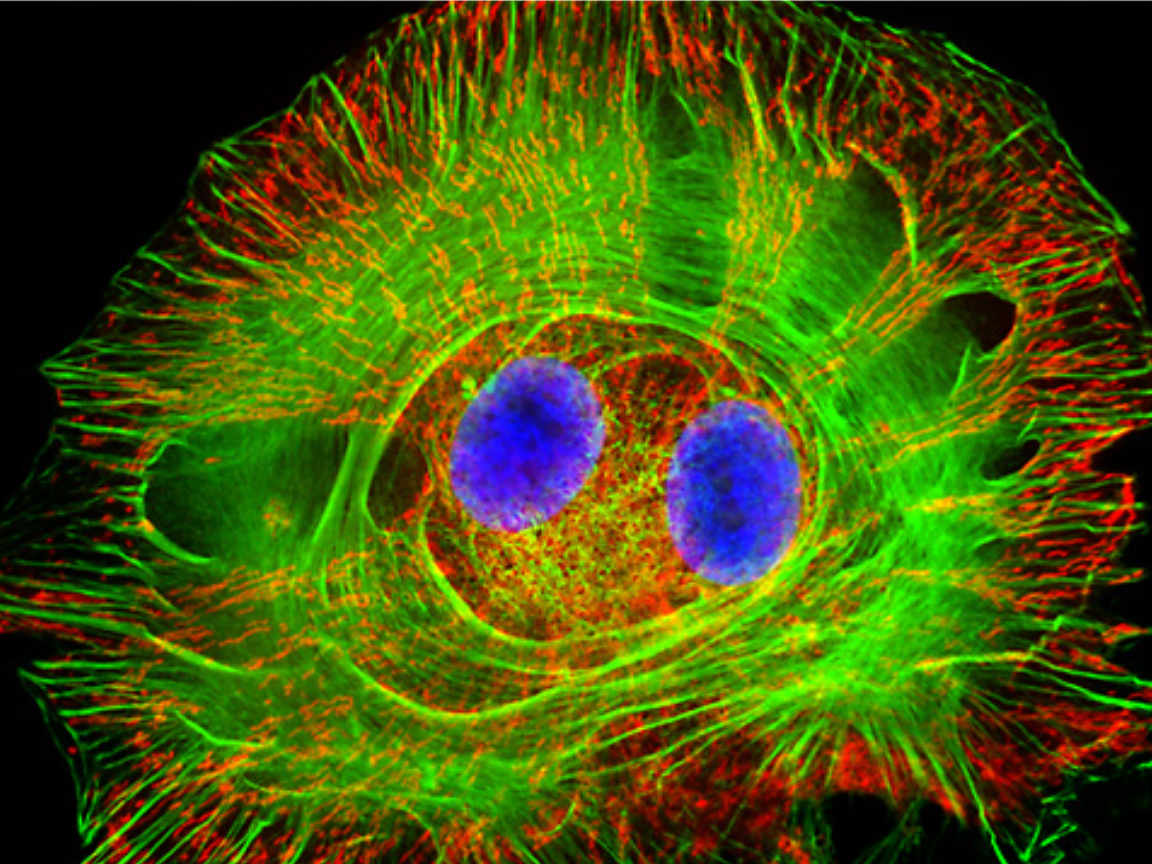 Features
Fluorescence microscope CCD generally has good weak light capture ability, can capture extremely weak fluorescence, so the imaging ability is good. In addition, many fluorescent cold CCD production companies have made such CCD refrigeration treatment, which makes the noise of this type of CCD greatly increased. decrease, the signal-to-noise ratio can be greatly improved. Due to its convenient application effect, such CCD cameras are widely used in fluorescence microscopy.

Specimen Preparation Requirements for Fluorescence Microscopy
1. Glass slides
The thickness of the glass slide should be between 0.8 and 1.2 mm. On the one hand, if the slope is too thick, it absorbs more light, and on the other hand, the excitation light cannot be concentrated on the specimen. The slides must be smooth, uniform in thickness, and free of obvious autofluorescence. Quartz glass slides are sometimes used.

3. Specimen
Tissue sections or other specimens should not be too thick, if too thick, most of the excitation light is consumed in the lower part of the specimen, and the upper part directly observed by the objective lens is not sufficiently excited. In addition, the overlapping of cells or the masking of impurities affects the judgment.

4. Mounting agent
Glycerol is commonly used as a mounting agent. It must be colorless and transparent without autofluorescence. The brightness of the fluorescence is brighter at pH 8.5 to 9.5, and it is not easy to fade away quickly.

5. Mirror oil
Generally, when observing specimens with dark field fluorescence microscope and oil lens, lens oil must be used. It is best to use special non-fluorescent lens oil. The above-mentioned glycerin can also be used instead. Liquid paraffin can also be used, but the refractive index is low and the image quality is slightly affected. influences.

(1) Turn on the light source, the ultra-high pressure mercury lamp needs to be preheated for 15 minutes to reach the brightest point.
(2) The required excitation filter should be installed between the light source and the dark field condenser for the transmission type fluorescence microscope, and the corresponding pressing filter should be installed behind the objective lens. For epi-fluorescence microscopes, the required excitation filters, dichromatic beam splitters, and inserts for pressing filters need to be inserted into the slots in the optical path.
(3) Observe with a low magnification lens, and adjust the center of the light source so that it is located in the center of the entire illumination spot according to the adjustment device of different types of fluorescence microscopes.
(4) Place the specimen sheet and observe it after focusing. Attention should be paid during use: do not observe directly with the eyes without the filter installed, so as not to cause eye damage; when observing the specimen with the oil lens, special lens oil without fluorescence must be used; after the high-pressure mercury lamp is turned off, it cannot be turned on again immediately, and it needs to be waited for. The mercury lamp cannot be restarted until it is completely cooled, otherwise it will be unstable and affect the life of the mercury lamp.
(5) Observation. For example, using a blue-violet filter under a fluorescence microscope, cells stained with 0.01% acridine orange fluorescent dye were observed, and the nucleus and cytoplasm were excited to produce two different colors of fluorescence (dark green and orange-red).

Tags:
Fluorescence Microscope
Newer What is toxicokinetics?
Back to list
Older What is the Karl Fischer method?
close
Need help or have a question?
SEND US A REQUEST
1-858-677-9432