What is the blood-brain barrier?

Blood-brain barrier: As early as 1885, it was found that after intravenous injection of aniline dye, the whole body tissues were stained, but the brain was not. Later studies showed that many drugs and substances are not easy to enter the brain parenchyma from the blood. This phenomenon is called the blood-brain barrier. 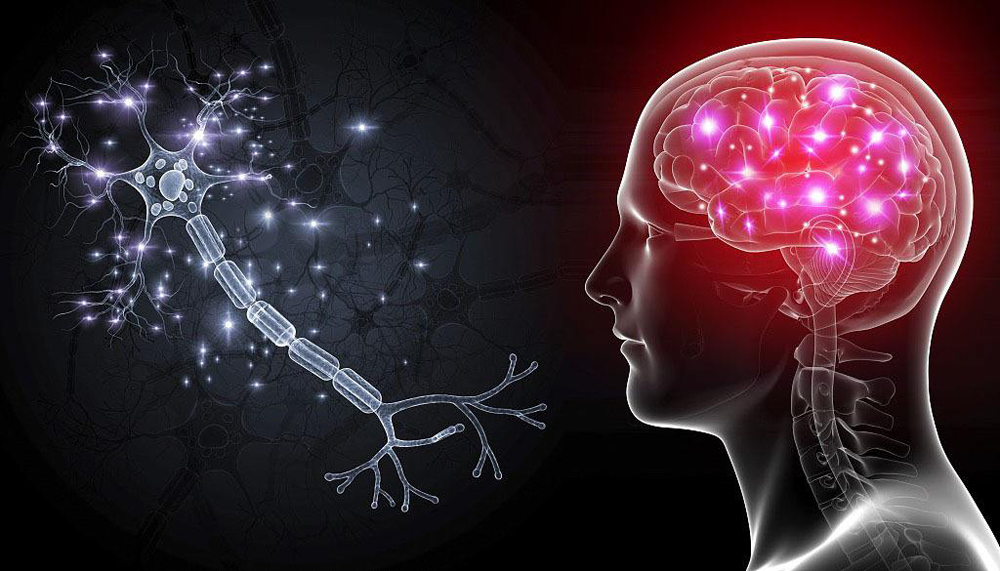 II. Anatomical structure
The blood-brain barrier is a special anatomical structure generally considered to be composed of pia mater, choroid plexus, cerebral blood vessels and astrocytes. It can prevent toxins and other harmful substances from entering the brain and damage nerve cells, while ensuring the entry of substances required for brain metabolism and the discharge of metabolites, so that the internal environment is relatively stable to maintain the normal function of nerve cells.

Blood-brain barrier: It is an anatomical functional structure that separates blood from brain tissue and cerebrospinal fluid. In essence, it refers to the three barriers between blood and brain cells, blood and cerebrospinal fluid, and cerebrospinal fluid and brain cells. The physiological and anatomical basis of the blood-brain barrier: First, the capillary endothelial cells of the central nervous system are relatively tightly connected, with few or no micropores between cells, and second, there is an extra layer of astrocytes in the capillary wall than other parts of the body. The third is that the protein content in the interstitial fluid is less than that in other parts. These characteristics make it a semi-permeable membrane, so nutrients can pass through the blood-brain barrier, and metabolites can also be transferred from brain cells to the blood. Less exogenous chemicals enter the brain tissue and have a protective effect on the central nervous system. The entry of chemical substances is related to its lipid/water partition coefficient, protein binding rate, and degree of dissociation. However, under pathological conditions, the permeability of the blood-brain barrier can be increased, and bacterial toxins and exogenous chemicals can enter the brain tissue to produce toxic effects. Due to the incomplete development of the blood-brain barrier in fetuses and infants, some chemicals are more toxic to them.

V. The clinical significance of changing the permeability of the blood-brain barrier:
1. Altering the chemical structure of the drug: This is a commonly used method to increase CNS drug transport. By changing the chemical structure of the drug to change its physiological and biochemical properties. For example, designing a prodrug to increase its lipid solubility, or to increase its affinity for a carrier system.
Histochemical studies have shown that there are some enzyme systems in brain capillary endothelial cells (such as: dopa decarboxylase, monoamine oxidase, γ-aminobutyric acid (GABA), transaminase, etc.), which can degrade and transform certain drugs and form an “enzyme barrier”. “. When a drug in the body passes through the BBB, its pro-moiety is enzymatically decomposed and shed, and the remaining active part can play a role in the brain. The most successful example is levodopa in the treatment of Parkinson’s disease. Levodopa enters the brain via a macromolecular neutral amino acid carrier and is subsequently decarboxylated into dopamine, the active moiety. It has been proposed that the dihydropyridine precursor moiety is transported into the brain by a pyridine carrier, the precursor moiety is oxidized in the CNS, and the drug moiety is released.
However, it is very difficult to change the effect of the drug and the endogenous carrier while maintaining its pharmacological activity, and it is not suitable for many drugs. There is also the problem of endogenous ligand-drug interactions. The endogenous ligand has a high affinity for the carrier, so the transport of the drug depends on the kinetic properties of the ligand. When the drug has a high affinity for the carrier system, it often results in a non-physiological environment due to the interference of endogenous ligands.

2. Osmotic blood-brain barrier opening: The most common method for reversibly opening the BBB is osmotic shock (osmotic shock). Retrograde injection of hypertonic solution (such as mannitol, arabinose, etc.) in the carotid artery can make the intravenously injected trypan blue pass through the BBB and stain the brain tissue, while trypan blue cannot pass through the BBB normally. This proves that the permeability of the BBB is increased. Rapoport et al. (1980) found that the opening of the BBB and the increase in drug transport mainly depend on the concentration of the hypertonic solution, injection time and speed, and this opening is temporal and reversible. When the drug effect disappears, the BBB Restore the original closed state. However, high concentrations of hypertonic solutions can damage the brain.
Neuwelt (1988) used permeable BBB opening to demonstrate for the first time that certain macromolecular substances, such as enzymes and monoclonal antibodies, can also enter normal brain tissue. It is therefore envisaged that using this method chemotherapeutic drugs can more effectively enter brain tumor sites. Frenkel et al. used a brain tumor model in nude mice to measure the concentration of antitumor drugs in various parts of the brain after the permeable BBB was opened. In the critical area of ​​tumor and normal brain tissue, its concentration increases by 10 to 20 times, and the opening of the osmotic BBB can also increase the concentration of monoclonal antibodies into the brain by 450% to 500%, and stay in the brain tissue for a long time. Use it to treat brain tumors quite beneficial. In addition, after the osmotic BBB is opened, the penetrating ability of antibiotics is also enhanced, and the concentration in the brain is greatly improved, which is beneficial to the treatment of intracranial infection. But while the osmotic BBB is open, serious side effects such as epilepsy, transient exacerbation of the original neurological disorder, persistent neurological disorder and cerebral edema have also occurred. Studies have shown that BBB permeability opening leads to increased cerebral cortical permeability, with unchanged or little increased permeability in the tumor area. Therefore, the concentration of chemotherapeutic drugs is only high in the cortex, but low in the tumor site, which can explain the clinical phenomenon of low efficacy of chemotherapeutic drugs and extensive side effects. Recent histopathology showed that cerebral infarction and ischemic nerve necrosis were prone to occur after the permeable opening of the BBB in rats. Due to the defect in penetrating BBB opening, its application is limited to severe CNS diseases such as brain tumors.

3. Changes of blood-brain barrier during cerebral ischemia: During cerebral ischemia and hypoxia, the BBB changes in shape, function and metabolism, and this change is affected by the time, degree and location of ischemia and hypoxia. Cerebrovascular dysfunction is considered to be the main reason for the increased permeability of the BBB in the early stage of ischemia. The early leakage of the barrier may be due to the disruption of the original BBB, while further significant and long-term disruption may be related to the formation of immature tight junctions and increased cellular transport by the new blood vessels. In addition, the increase of glucose consumption in brain tissue during ischemia, the increase of lactate and the decrease of pH and the destruction of BBB are also closely related. Although the mechanism is still unclear, experiments have shown that the depletion of brain energy reserves can inhibit the pH-induced BBB. Therefore, it is believed that the dysfunction of the BBB during ischemia is partly mediated by microvesicle transport. Systemic vascular metabolism and degenerative diseases often cause chronic cerebral ischemia, degeneration of capillaries in the brain, and increased permeability, such as atherosclerosis and vasculitis obliterans.
Usually, when cerebral ischemia and hypoxia, the permeability of the BBB increases, and the CT display is enhanced, but the CT enhancement is not obvious due to excessive perfusion or slow blood flow, which brings difficulties to the clinical drug treatment of cerebrovascular diseases. With the development of modern technology and the application of magnetic resonance, the research on BBB is more in-depth, thus providing a basis for clinical treatment.

AxisPharm is a San Diego based bioanalytical LC/MS/MS service provider with more than 25 years experience in the field. Our bioanalytical chemistry department specializes in developing and validating robust bioanalytical methods for PK/TK sample analysis of small molecules, proteins, peptides, and metabolites using LCMS/MS (HPLC, UPLC, on-line SPE), HPLC/UV, and HPLC/FL. We have experience analyzing API and metabolites in various biological matrices and can provide bioanalytical support throughout all the stages of drug development.

AxisPharm is a San Diego based bioanalytical LC/MS/MS service provider with more than 25 years experience in the field. Our bioanalytical chemistry department specializes in developing and validating robust bioanalytical methods for PK/TK sample analysis of small molecules, proteins, peptides, and metabolites using LCMS/MS (HPLC, UPLC, on-line SPE), HPLC/UV, and HPLC/FL. We have experience analyzing API and metabolites in various biological matrices and can provide bioanalytical support throughout all the stages of drug development.

Axispharm bioanalysis services drugs that target the central nervous system need to be able to effectively penetrate the blood-brain barrier, and blood-brain barrier permeability evaluation experiments can help understand the distribution ratio of compounds in plasma and brain tissue.

Tags:
blood-brain barrier
Newer SELEX technology principle and characteristics
Back to list
Older Toxicokinetic model
close
Need help or have a question?
SEND US A REQUEST
1-858-677-9432